A citizen was driving when he saw a bag of eight puppies getting tossed out a car window. He quickly called the Harris County Animal Cruelty department and asked for someone to come out and bring them to a shelter. After receiving the call from the citizen, Animal Cruelty Investigator Michael Allan rushed to the scene of the incident to rescue the puppies. 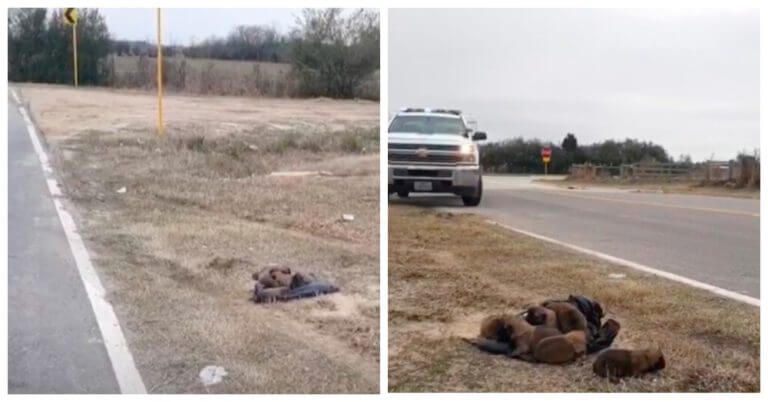 When Allan arrived at the scene, he saw the black garbage bag on the side of the road, and he hoped that the puppies were still alive. “And you see a little black bag in the distance and you hope that’s not it. Then, second thought is you hope they’re alive,”Allan said in an interview with KHOU Houston. 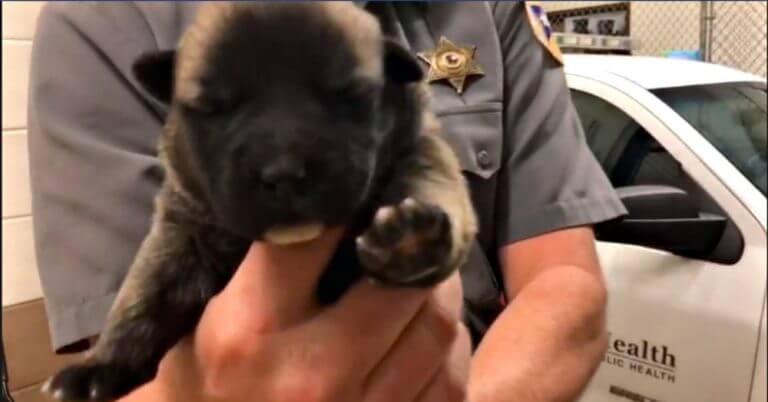 He opened the bag and saw that the puppies had not even opened their eyes yet. Sadly, there was one puppy that didn’t survive. Allan brought the puppies back to Harris County Animal Shelter and the staff at the shelter cared for them during the day and at night.

Thankfully, a few weeks after the puppies were rescued, a foster stepped up to foster all of them until they could find forever homes that would give them the love they needed and deserved.

This morning one of our Harris County Animal Cruelty Investigators responded to a call from a citizen who reported a bag of puppies being dumped from a car window on to the side of the road (south of 99 off of Old Mueschke Rd.). A cruelty report was filed and we are looking for more information from anyone who may have witnessed the action. The cold and starving puppies were brought to Harris County Animal Shelter and will be placed in temporary cruelty foster.If you witness animal abandonment, please take action by filing a cruelty report at (832) 927-PAWS or 927PAWS.org. Provide video and photo documentation if possible.

If you have any information about who did this, please file a cruelty report by calling 832-927-PAWS or visit 927PAWS.org. You’re encouraged to give video and photo documentation if possible.

Only the devil and demonic people will throw out these poor souls to starve yo death. If investigators find the person who dumped them, they will be charged with animal cruelty.